Welcome To The Official Website Of Rev. David Hamilton 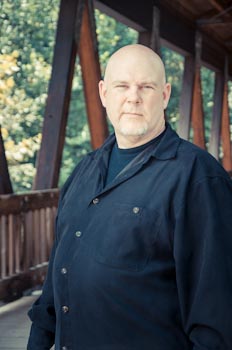 Welcome. Rev. David Hamilton is an ordained minister and Reiki Master. As a natural born gifted healer, Rev. David has helped many people through Reiki. Ordained through the Universal Brotherhood Movement, Inc., Reverend Hamilton has performed many ministerial services in the metropolitan Atlanta area. Head on to the Minister section and see the many services David offers such as weddings, commitment ceremonies, welcomings, and blessings. Rev. David is an inter-faith minister and he respects all faiths and walks of Life as long as these respect the Divine Creator.

Healing services are found by clicking on the Reiki button. Reverend David Hamilton has taken all three levels of Reiki and is a full Reiki Master. As a teacher, Rev. David also offers teaching of the Usui Shiki Ryoho Reiki style. This ancient and wonderful skill helps patients to relax and promote serenity and well being in order to help the body heal itself. Rev. David Hamilton channels other healing modalities as well.
Rev. David Hamilton is a professional motivational and spiritual speaker as well. Click on the Speaker link to see where Rev. Hamilton is speaking or information how to reserve Rev. David for your event.

Reverend David Hamilton is ordained both through the Universal Brotherhood Movement., Inc. and the Universal Life Church. He is continually seeking more enlightenment and education through other venues in Life. “The Search For Truth Is Never Ending”.

Rev. David came forth into the world on Easter Sunday with both fire and passion for LIFE. Even as a child, he always felt different somehow. Later on, David came to understand that he is gay – but even that was not the “different” that he was trying to understand. Reverend Hamilton soon discovered and accepted that he was a natural born healer. Looking back at his past, he was never the one to be sick and if he ever caught anything he was over from it much quicker than others around him.

At the lowest point of Rev. David’s life he met a friend, teacher, and mentor – someone who saw much more in him than David personally did. He was introduced to a Spiritual Thought Philosophy that has changed his Life. From that teaching, Rev. David was introduced to yet another teacher, Rev. Dr. Joyce Rennolds, and the Law of Attraction, The Secret, and more.

Rev. Hamilton has no personal religion but practices spirituality. He strongly believes that religion is “man made” wheras spirituality is of the Divine Creator, God, Spirit, and whatever one may want to call It. To him, GOD is what IT is, not Its name. The wonderful creative power is known by many names and answers to all! It is within every single being equally.

Thank You!
Your message has been sent successfully.